How to Write About Politics Without Getting Blasted

As a Realtor, your job is to interpret the real estate market for clients. Should your interpretation include commenting on politicians’ attempts to influence and regulate homeownership? Or should you just keep your mouth shut and hope your clients’ political yard signs aren’t blocking your for sale sign?

I believe that when you do it right, talking about politics can position you as an informative commentator. Done wrong, it can alienate your client base.

Here’s a simple two-question test that tells you which political issues will help improve your reputation and which will cost you customers:

1. Does the issue influence my clients’ home value or their ability to buy or sell property?

2. Is NAR’s position on the issue one that benefits my clients, too?

If you answer “no” to ether question, it’s not a good issue for your communications with homeowners. An issue is only appropriate to discuss with clients if it’s directly related to real estate. When an issue benefits Realtors but not homeowners, you’re wise to avoid the topic, too.

If you can answer “yes” to both those questions, the political issue is one you should be talking about to your client base. It benefits them to know about it and it benefits your industry as well.

That was the case with one of the most-read articles among the nearly 3 million newsletters HomeActions sent out last month. House Democrat Wants Big Changes In Credit Reporting explored changes in credit reporting proposed by California’s Rep. Maxine Waters. If it passes, the bill would likely make it easier to get a home loan, creating more potential homebuyers. That’s a win for homebuyers, home sellers and Realtors.

The key to covering politics without offending anyone is to write about the bill rather than partisan politics. You’ll know you’ve done a good job at that when you get comments back from people who agree and from people who disagree with the proposal, but no comments from people criticizing you for supporting or opposing the bill.

Here are some examples – real comments from viewers who had something to say about Maxine Waters’ attempts to change the way credit reporting works:

There were homeowners who applauded the bill: Current system is unfair to all citizens! What she is proposing is very fair, because items in the Credit Bureaus are one person’s opinion, not the truth!!

There were homeowners who think it’s a bad bill: She basically wants to hide bad credit. Did we not learn from the 2008 meltdown? We should not lend to those who can’t or won’t make the payments!!!

And there were people who think there are more adept politicians than Rep. Waters: Maxine Waters is an idiot… and would put us back in recession to get reelected.

But the most telling comment (and the one you want to see come back to you when you write about political issues) is this one: Thank you for gathering this information for us.

While thousands of homeowners read that feature, not a single comment came back criticizing our Realtor clients for supporting or opposing the Waters bill. Because the coverage did neither. It simply outlined what Rep. Waters wants to do to change credit reporting.

When you write about politics, you’ll almost always get people fired up. The key is getting them fired up about the issue (or the politician) rather than fired up about your personal political views. Stick to the facts and let your clients form their own opinions and you’ll always be seen as an expert in all things home-ownership.

← Prev: Be The Expert Who Saves Homeowners Money Next: Improving Your Open And Click Rates → 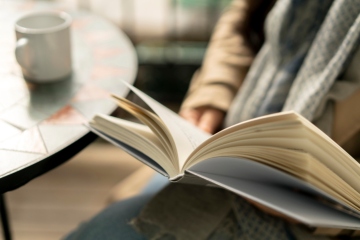 A couple of oldies but goodies and some newer titles round out this reading list of the best books for Realtors. If you’re looking for better ways to connect with your clients and for advice from veterans in the real estate game, take a long weekend or your next vacation to read any of these fantastic books. 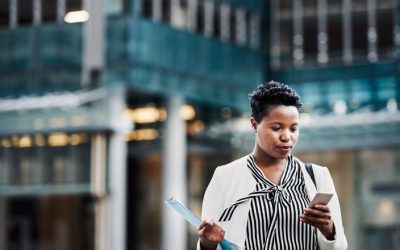 5 Apps for Realtors That Are Totally Free!

The #RealtorLife is no joke. Working in real estate is a demanding profession, so you should take advantage of tools that are designed with your busy schedule in mind. 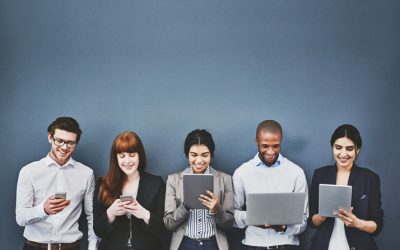 By now, most real estate agents know that social media is a powerful tool to attract leads on a regular basis. How to do it is the next question. As we approach 2019, it requires more than a Facebook and Twitter account that you sometimes post on to have a successful online presence.

In order to be a competitive real estate agent in today’s market, you must implement some tricks of the trade when it comes to social media.